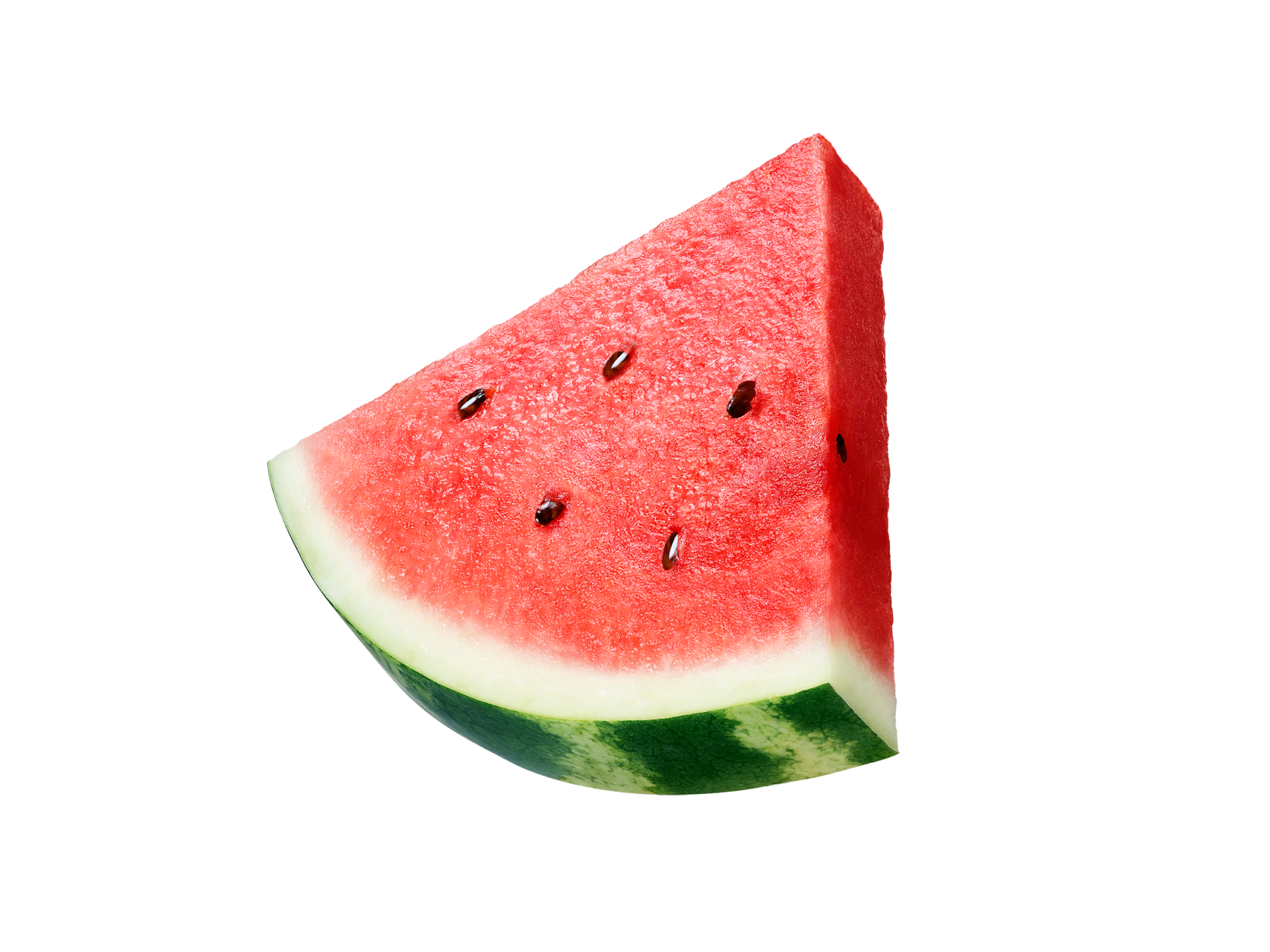 What is your
Canadian Oasis?

No purchase required. Participants must be legal residents of Canada and have reached the age of majority in their province or territory at the time of registration. Contest begins June 20, 2022 at 11:00:00 a.m. (EDT) and ends on August 1st, 2022 at 11:00:00 a.m. (EDT). Two (2) Grand Prize to win being prepaid Visa or Mastercard cards of CAD $2500 each (including applicable taxes and delivery) at the choice of the winner. Limit of one (1) prepaid card per winner. Restrictions and conditions apply. Correctly answering a skill-testing mathematical question is required. Odds of winning depend on the number of eligible entry forms received during the Contest Period. Registration form to fill on Oasis® website. Complete Contest Rules available at the following link: https://oasis.ca/en/find-your-oasis.

2.2 The employees of the Sponsor and its partners, its affiliates, advertising and promotional agencies and parties involved in the development, production and distribution of the Contest-related material and all persons with whom such persons are domiciled and all members of their immediate family are not eligible for the Contest. For the purpose of these Rules, “immediate family” includes father, mother, brother (s), sister (s), child (ren), husband, wife or spouse of such person, whether or not such persons are domiciled at the same place.

2.3 The Sponsor has the right to request at any time proof of identity or eligibility from the Participant to enable him/her to participate in the Contest. Failure to provide such proof within a reasonable time may result in the disqualification of the Participant.

2.4 Any information provided to the Sponsor for the purposes of this Contest must be truthful, accurate and complete. Sponsor reserves the right to disqualify any Participant whose entry Form (the “Form”) includes false, inaccurate or incomplete information.

4.1 No purchase required. To enter the Contest, the Participant must, during the Contest Period, go to the link https://oasis.ca/en/find-your-oasis and complete an entry Form. To complete the entry Form, Participants must indicate their name, surname, email address, full mailing address and telephone number. All data entry fields in the entry Form must be completed unless it is indicated that the information is optional. Limit of one (1) entry Form per Participant per mailing address, per e-mail address, per IP address, per day for the entire Contest Period. The Sponsor reserves the right, in its sole discretion, to disqualify any person who transgresses or attempts to violate the Contest Rules. Automatic registration is strictly prohibited, and any direct or indirect use of automatic devices will result in the immediate disqualification of the Participant and his/her accomplices, the Sponsor reserving all rights and remedies against the user of such automated devices and his/her accomplices.

4.2 In the event of a dispute regarding a Form, the Participant will be deemed to be the authorized account holder assigned to the telephone number associated with the Form at the time of the validation of the Form.

6.1 Two (2) grand prizes (the “Grand Prize”) will be awarded in this Contest:
(i) Two (2) CAD $2500 prepaid cards from Visa or Mastercard at Winner’s choice (as that term is defined below) choice. Limit of one (1) prepaid card per Winner.

6.2 Each Grand Prize winner is referred to as the “Winner”.

6.3 Total approximate retail value of the Grand Prize is as follows:(ii) Two (2) prepaid cards from Visa or Mastercard having a approximate total value of CAD $2500 each including taxes and shipping.

6.4 Upon receipt of the Release Form as defined above, the Sponsor will then send by mail the Grand Prize to each of the Winner at the address indicated on the Winner entry Form. The Sponsor makes no warranties or conditions of any kind with respect to the Grand Prize.

7. INDEMNIFICATION BY THE PARTICIPANT

7.1 By entering or attempting to enter the Contest each Participant or potential participant agrees to:
(a) forever exonerate, release and hold harmless the Sponsor and its administrators, directors, employees, shareholders, agents and other representatives, its parent-company and its affiliates from any and all claims, actions, damages, demands, courses of action, causes of actions, or responsibility of any kind whatsoever resulting from or related to the participation or attempted participation in the Contest, the compliance or non-compliance with these Rules, the acceptance, possession, use or abuse of the Grand Prize or any activity related to the Grand Prize; and
(b) completely indemnify the Sponsor and its administrators, directors, employees, parent companies, affiliates, partners, suppliers, sponsors and agents for any third party claims related to this Contest or to any violation of these Rules by the Participant or any activity related to a Grand Prize, without limitation.

8. RIGHT TO CANCEL, SUSPEND OR MODIFY

8.1 The Sponsor reserves the right, subject to the consent of the Régie des alcools, des courses et des jeux (la « Régie »), to cancel, suspend or modify the Contest if a virus, bug or other computer problem, unauthorized human intervention or any other cause beyond the control of the Sponsor, alters or affects the administration, safety, fairness, integrity or proper conduct of this Contest.

8.2 Subject to the foregoing, the Sponsor may change as well as partially or completely terminate the Contest at any time if, at its sole discretion, the Sponsor believes that the Contest is not taking place as expected for any reason whatsoever, including because of fraudulent manipulation, destruction, loss or theft of entry Forms or any other problem which could jeopardize the fairness or integrity of the Contest.

9.2 No communication or correspondence will be exchanged with Participants, other than the Winner(s) and/or the Finalist(s).

9.4 The Forms become the property of the Sponsor and will not be returned.

9.5 The Forms are subject to verification and will be declared invalid if they are received outside the deadlines set out in these Rules or if they are illegible, incomplete, mechanically reproduced, mutilated, forged, falsified or tampered with in any way.

9.6 Any attempt to deliberately damage any good or any website related to the Contest or the legitimate operation of this Contest constitutes a violation of the criminal and civil laws. In such circumstances, the Sponsor has the right to commence legal proceedings for damages within the scope of statutory responsibilities, which includes criminal prosecution.

9.7 The Sponsor reserves the right, in its sole discretion, to exclude from this Contest and any other contests or other future promotions held by the Sponsor any person found guilty or suspected of tampering with the processing of the entry Forms, the conduct of the Contest, to have violated these Rules or acted in such a way as to harm or intend to annoy, torment, threaten or harass another person. THE PARTICIPANT OR ANY OTHER PERSON WHO TRIES TO DELIBERATELY DAMAGE A WEBSITE OR TO IMPLYE THE LEGITIMATE OPERATION OF THE CONTEST COMMITS A CRIMINAL OFFENSE AND A TORT, AND THE SPONSOR RESERVES, IN SUCH A CASE, THE RIGHT TO REQUIRE THIS PERSON ALL DAMAGES THAT HE IS ENTITLED TO REQUIRE BY LAW.

10.1 The Sponsor assumes no responsibility for Forms, communications, responses, lost, deferred, destroyed or misdirected Release Forms or for any technical defects including due to computer, software, telecommunications network, telephone or online connection.

10.2 The Sponsor assumes no responsibility for any erroneous or inaccurate information, whether caused by users or by any equipment or programming associated with or used for the Contest or by any human or technical error that may occur during the Contest.

11.1 By entering the Contest, each Participant consents to the collection, use and disclosure by the Sponsor or its authorized agents of the Participant’s personal information provided in this Contest for the purpose of carrying out the Contest and delivering the Grand Prize.

11.3 By accepting a Grand Prize, a Winner grants the Sponsor the right to, in any way in relation with the Contest, its promotion or its organization, produce, reproduce, publish, broadcast, communicate by telecommunication, exhibit, disseminate, adapt, use and reuse his or her name, address (city, province), voice, declarations, image, photos or other representations or recordings for publicity purposes using any media and in any format, including, without limitation, on the Internet, without any notice or compensation, and each Winner may be required to sign a document to this effect.

11.4 In the course of conducting this Contest, the Sponsor will acquire certain personal information as submitted by persons seeking to enter the Contest. If any such person chooses to “opt into” receiving future communications from the Sponsor, the Sponsor from time to time will send that person email notifications of other contests, products, news and other matters which the Sponsor deems is of public interest. A person can ask the Sponsor to remove his/her name from that emailing list by contacting the Sponsor.

12.1 All intellectual property covering the promotional material and the Contest Site are the exclusively property of the Sponsor or its affiliates or licensors. All rights are reserved. Unauthorized copyright or use of any copyright material or intellectual property without the express written consent of its owner or holder is strictly prohibited. All trademarks are the property of their respective owners.

13.1 The Contest is neither managed nor sponsored by Facebook, Instagram, Pinterest, YouTube, TikTok or any other media (hereinafter the “Medias”). The Participant provides its personal information to the Sponsor and not to the Medias. The Medias will not be liable in any way for any issue related to the Contest.

14.1 These are the official rules for the Contest. This Contest is governed by federal and Quebec provincial laws and regulations. Subject to the approval of the Régie, these Rules may be modified without notice including without limitation in order to render them compliant with federal, provincial or municipal laws or with the policies of an entity having jurisdiction over the Sponsor.

16.1 Within thirty (30) days following the Draw, the Sponsor will publish the name of the Winner on Oasis<sup>®</sup> website for a period of at least thirty (30) days.
INDIVIDUALS PARTICIPATING IN THE CONTEST ACKNOWLEDGE HAVING READ AND UNDERSTOOD THESE RULES AND AGREE TO COMPLY WITH THEM.